A little known game called Myth of Empires has become the latest victim in a long line of games that were delisted from Steam due to copyright infringement claims. This is part one in an exploration of how this issue impacts developers, gamers and online distribution platforms like Steam.

The “Myth of Empires” is a survival strategy MMO that was delisted from Steam over copyright infringement allegations. 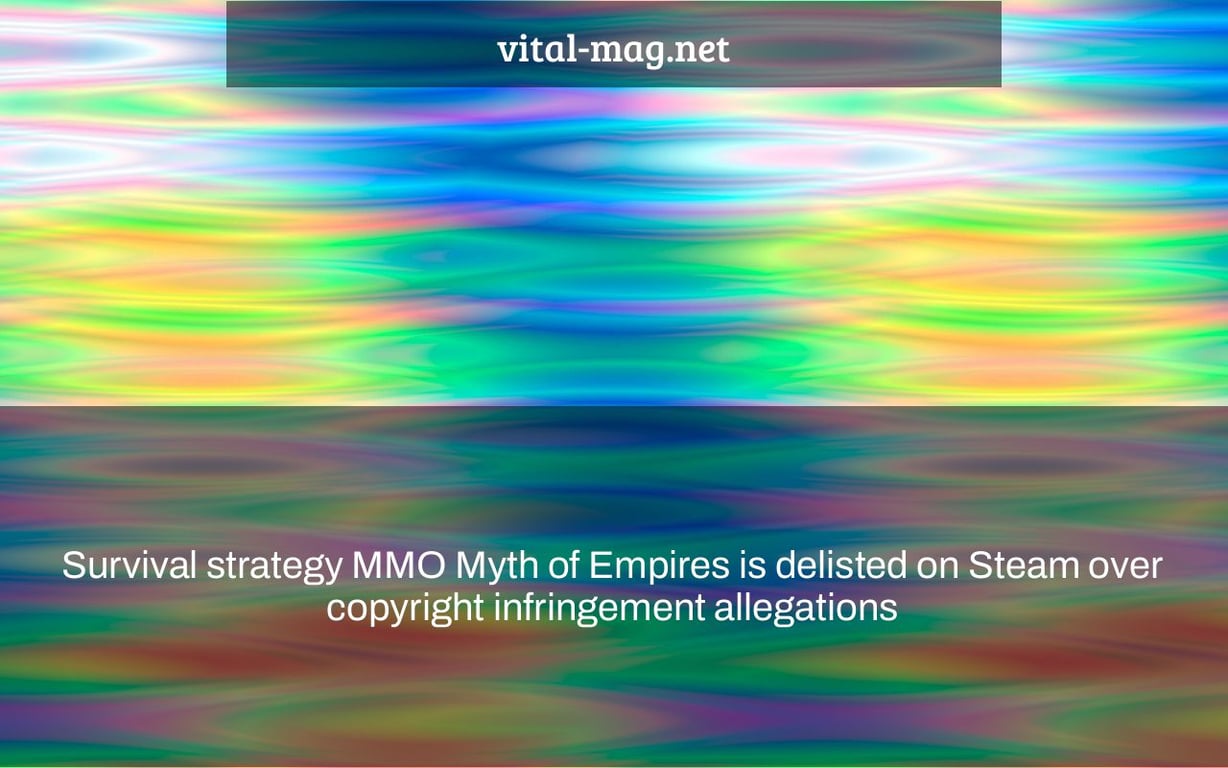 We highlighted the recent Steam early access launch of Myth of Empires, a hybrid real-time strategy and survival sandbox MMO that we’ve been following since the start of 2021, at the end of November. Steam abruptly removed the game from its marketplace last week, creating a flurry of speculation among gamers.

Myth of Empires was delisted owing to charges of copyright infringement, culminating in a DMCA removal of the game from Steam, creator Angela Game said shortly after the unexpected takedown. “Angela Game completely owns all rights and property linked with Myth of Empires and will vigorously defend itself against any questions or complaints on this issue.” We’ve been in touch with Steam and are working hard to get the game back on their platform. Part of the message states, “We regret for the trouble this has caused players.”

ARK: Survival Evolved developer Studio Wildcard and publisher Snail Games have filed an infringement claim, according to new reporting from PC Gamer, but Angela Game has remained tight-lipped about the matter other than issuing a statement asking players not to entertain or spread rumors and explaining that legal reasons prevent the studio from speaking further.

According to a document, a former Snail Games China employee who founded Angela Game in 2020 had access to ARK’s source code, and when Myth of Empires was released in November 2021, Studio Wildcard discovered “hundreds of matching class, variable, and function names in a preliminary analysis,” leading to a “good faith belief” that “Myth of Empires was built by: (1) stealing the ARK: Survival Evolved source code and (2) using the stolen source code as

Myth of Empires is presently unavailable for purchase, however it is still playable for those who already possess it.

Please read this notification about rumors of parties engaged in the delisting event. pic.twitter.com/oxKALUWyeB

‘You Don’t Lose Your Job Because of Success’